High Land looks like a book because it is shaped as a Leporello. This specific object shows us 13 images of an imaginary landscape. From a commonplace picture of a mountain scenery, the artist manipulated pixel processing algorithms to process a suite of new images.

Leporello of 13 color photographs on paper Harman Hahnemühle 305gr (Conservation archive museum), laminated without acid on white cardboard without acid. Numbered and signed in pencil by Lionel Bayol-Thémines
Booklet in transparent, wax and Rives papers with japanese binding. The booklet reproduces the 6 summits of the object and 6 extracts taken from « Journal d’un voyage dans les alpes bernoises » of the german philosopher G.W.F. Hegel. Numbered and signed in pencil on the colophon by the artist.
Case in plywood birch and polyrey smoked grey designed by the artist & Lucas Hees
Limited edition of 10 copies, November 2016.

The project called «Ghost» started with a walk along the ocean coast begun at the tip of the Bay of Arcachon (Cap Féret, France) during the summer 2015. Along this walk, going away beaches crowded and cleaned daily, wastes rejected by the sea seem more and more numerous in the form of strips, traces of their beaching during high tides, from the most recent to the oldest.

Edition of 300 copies including 15 copies numbered from 1 to 15 signed in pencil by the artist with an original and unpublished photograph (archive pigment print on Hahnemuhle paper) numbered & signed.

Published by Editions Enigmatiques, may 2017 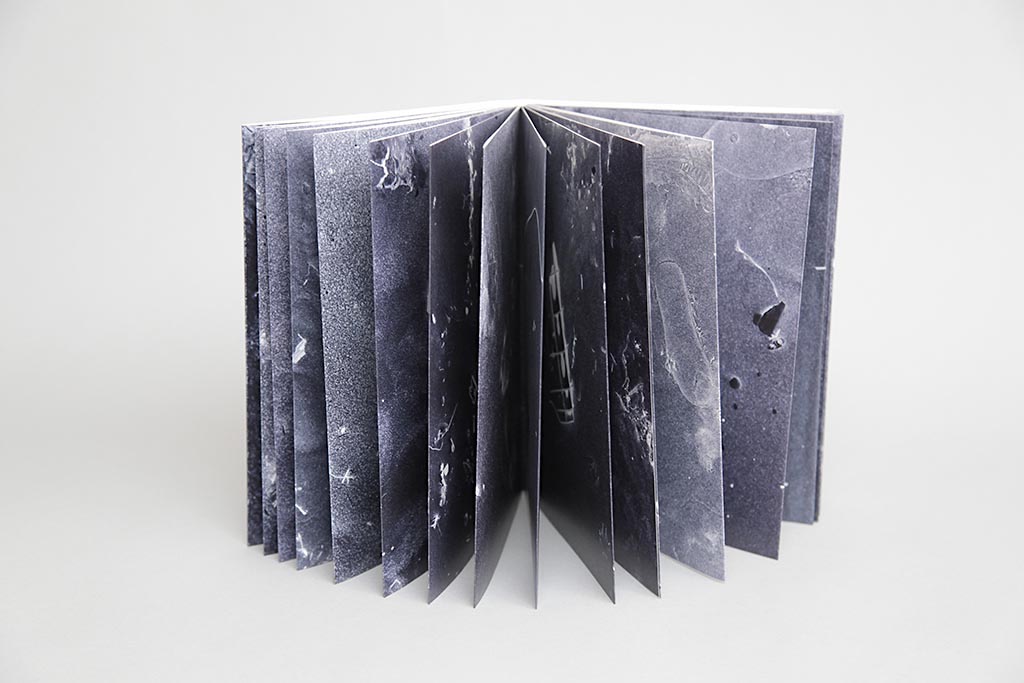